[box]While we champion all aspects of mentoring here at Over My Shoulder Foundation we do not shy away from the sobering gravity of individuals that are existing in the depths of despair. By sharing stories like our feature today and the story of a reformed heroin addict we aim to give hope to the hopeless. Because that’s what mentoring does.

Today Arno Michaelis, speaker and author of My Life After Hate, shares his story in tribute to the woman that gave him hope to borrow. One woman changed the ENTIRE course of his life through a mentoring moment at a fast food joint. CNN calls his 4-minute story “Inside a Life of Hate” when recounting 7 years of his life as a white supremacist. “I’ve beaten people and left them for dead” says Michaelis. In that life, he says “there is no room for happiness, there is no room for joy.” This monstrous life was transformed with that woman’s mentoring into an inspiring mentoring story for us all.

The thing is, mentoring doesn’t have to be a long drawn-out process that spans weeks, months and careers. Mentoring can be accomplished in a moment. Every little effort to spread the power of mentoring is energy well-spent. 5 minutes was all it took for Mentorology to turn an extremely racist man into a force of change who mentors others in the practice of embracing diversity and gratitude. Countless people have been inspired to live more compassionately after hearing this story.

I think of you fondly and often, and I talk about you all the time.

Our paths crossed during a time in my life when I radiated hostility, especially towards anyone with a darker complexion than mine. You demonstrated the courage necessary to respond to my ignorant, fearful aggression with compassion—from behind a cash register at McDonald’s.

I thought I knew all about courage back then. A zeal for violence and the willingness to engage in it at the slightest provocation was my idea of courage. Of course, I thought I knew all about everything. Via an ongoing practice of ignorance, fueled by hate and ego, I had managed to convince myself that white people were superior to everyone else, and that there was a worldwide Jewish conspiracy to wipe us out. I was terrified of the world around me, and confused enough to call that feeling of terror “courage”.

This miserable condition was plainly evident in my appearance. Covered with streetfight scars and homemade tattoos indicative of my angst, steel-toed boots and a shaved head completed the look that said, “I hate you” in no uncertain terms. The many people who crossed the street rather than pass me on the sidewalk were wise to do so. But that first time I walked into the McDonald’s where you worked, I was met with your smile, as warm and unconditional as the sun.

And I shrank in the light of that smile. Such a pathetic lost soul that a genuine smile made me quite uncomfortable. There I was very diligently trying to hate black people, and there you were making doing so seem as stupid as it is simply by smiling at me.

Having drowned the trauma of your smile in cheap beer and hate-rock over the course of a week, I was taken aback by your warm greeting upon my return, this time amplified with your recognition of me. When you asked me how I had been you might as well have asked me to solve Pi to the millionth digit. I was bewildered at the prospect of conversation with someone who wasn’t a violent white racist. Once again, I looked down at my boots, mumbled a strained response, and scurried off with my Big Mac as fast as I could.

That weekend I had a swastika tattooed on the middle finger of my right hand.

Strategically placed so that when someone responded to my aggression with some of their own I could show it to them before closing that hand into a fist and hitting them. Willfully ignorant of the wrongness steeped into the swastika during the Holocaust, all I thought of was the cheap thrill of offending people.

But when I walked into McDonald’s for that third payday Big Mac, you took no offense.

Instead you smiled, and asked how was my day, and if I was going to have a Big Mac again, and you remembered that I drank Diet Coke. Thoughtless, I had managed to forget my discomfort with your past kindness. I would have chosen another restaurant for my one meal a week that wasn’t ramen noodles, which I ate otherwise to conserve drinking money.

At 6’3” tall, I towered almost a foot above you, but I felt about six inches tall as it dawned on me that I didn’t want you to see the swastika. As the ancient symbol hijacked by hate was needled into my finger the Saturday before, I relished the idea of it being the exclamation point on my ongoing flip-off to the world. I sloshed and stumbled around the city, showing my middle finger con swastika to anyone unfortunate enough to encounter me.

I tried hard to keep my hand behind my back, and awkwardly dug into my front pocket palm-up to fish a $20 fresh from the check-cashing place to pay for my meal. But as the money went from my hand to yours, the swastika was revealed.

The look in your eyes for the split-second they met mine before I shamefully looked away is still clear as day over two decades later. It was the same look my grandma gave me when I used to torment my poor little brother. A look that said, “I love you, but let’s stop this foolishness.”

“What is that on your finger?” you said, gently but firmly.

I should have said, “I’m nothing”, as that’s how I felt for coming before you with such disrespect. 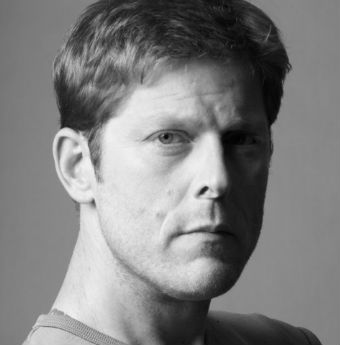 “You’re a better person than that. I know that’s not who you are.”

Powerless against such compassion, such engagement with the human being I was despite my best efforts, I snatched my food from the counter and my change from your steady hand, and fled from your steady smile and authentic presence, never to return to your McDonald’s again.

It would have been nice if that experience of humanity changed me on the spot, but it didn’t. I went back to my dingy house and got drunk out my mind, blasting white power music with my white power buddies, and slurring some nonsense about Jews taking my money from my paycheck and giving it to lazy black people. We set out on the streets to find someone to beat up. People were beaten that night, and throughout the next seven years, for no reason other than the color of their skin, their assumed homosexuality, their religion, or just for being in the wrong place at the wrong time.

Yet a seed was planted in my heart that day you saw it behind the swastika. A seed hardy enough to take root and sprout in the desolation of fear and ignorance. The seedling grew, attracting like seeds. Together with my family that refused to give up on me, and my daughter who needed me, the kindness of peace warriors like yourself brought love to my life until there was no longer room for hate.

Today I share this ongoing process of learning and growth. Over the past three years, I have had face-to-face contact with over 7000 people, and exponentially more via media worldwide. A nonagenarian black man once told me that I gave him hope. An eleven year-old Latino boy told me he could see how bad I felt for hurting people and that he felt sorry for me. Gay men and Jewish women call me brother. Countless lives were involved leading me to where I am now, and countless people have been inspired to live more compassionately after hearing my story.

A story that couldn’t be quite the same if you weren’t in it.

with love and gratitude,
-arno