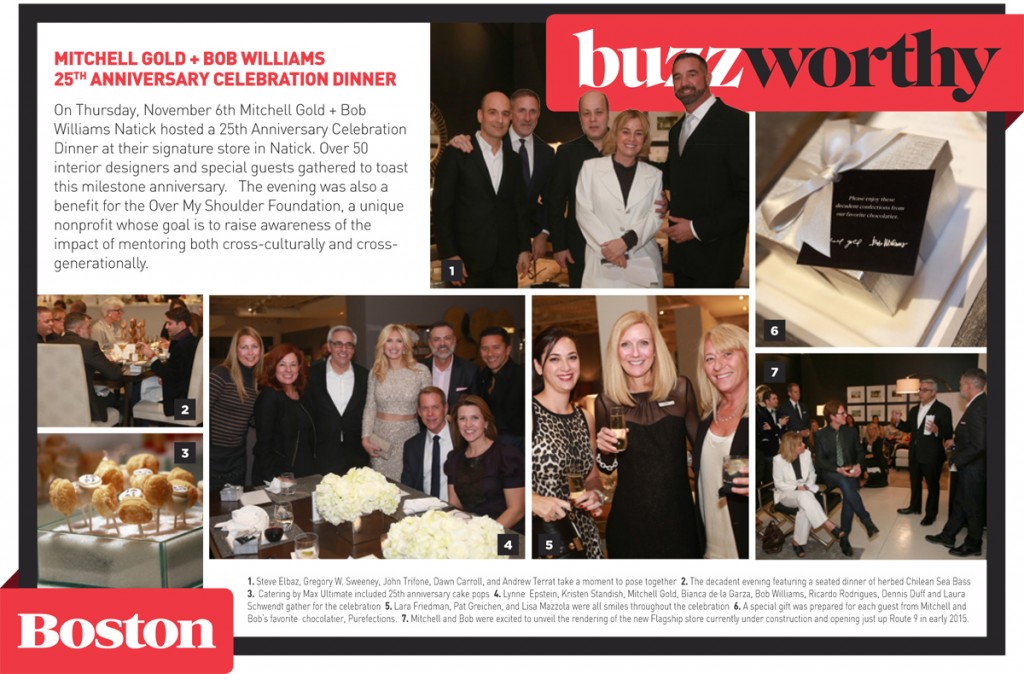 Happy Mentoring Month! The beginning of each new year not only gives us a chance to set goals for the future, it also offers an opportunity to reflect on the past. We’re delighted to report that 2014 was a banner year here at the Over My Shoulder Foundation. Here are just a few highlights, from awards and events to media sponsorships and emotional mentorship stories. 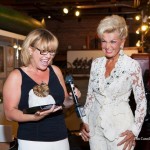 Yolanda Cellucci Receives the 2014 “Designing the Next Generation” Award
OMSF co-founder Dawn Carroll was thrilled at the opportunity to present the annual award to someone who mentored her, and so many others, in the art and business of high fashion.“She ignited confidence in me that women could be powerful business leaders, glamorous wives, and nurturing mothers” says Dawn. “Yolanda was a wonderful mentor.” 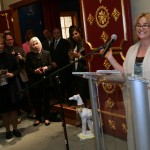 “Home for the Holidays” Launches at Neiman Marcus
The brainchild of OMSF co-founder Dawn Carroll, “Home for the Holidays” is a collaboration between OMSF, Cumar Marble & Granite, Neiman Marcus, Boston Design Week, and New England Home magazine. Three of Boston’s best interior designers—Eric Roseff, Paula Daher, and Gerald Pomeroy—each worked closely with a mentee on a home installation, inspired by a Royal Residence. Now on display, for a limited time, at Neiman Marcus, Copley Place. 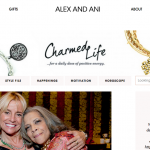 OMSF and Dawn Carroll Featured by Alex & Ani
The Alex and Ani story is a perfect example of the power of mentorship. That’s why OMSF co-founder Dawn Carroll was so excited by the prospect of contributing a mentoring message to their fabulous website. The newly-minted friendship extended to a 2014 Boston Design Week event at their Newbury Street location! 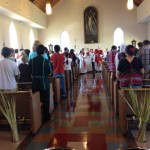 All Saints: Mentoring Heads to Hollywood
Choose highlights from all the fantastic mentoring stories that appeared on the blog in 2014 was nearly impossible. They were all moving, and we learned from each one of them. Among these mentoring stories, one bright point is this touching story of a young pastor, a group of refugees, and the redemption of a struggling church—and how their tale is being transformed into a hollywood film! 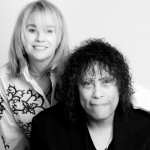 Great things are in store for 2015. Stay in touch with OMSF by coming back to the blog, becoming a fan on Facebook, signing up for the email newsletter, or you can support our nonprofit mission by making a tax-deductible donation!