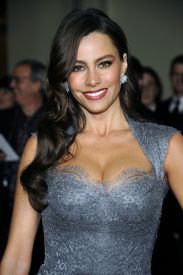 Sofia Vergara is just one celebrity who has made the transition.

When Grammy Award winner Patti Austin made the decision to pursue her dream as an interior designer, songwriter and designer Dawn Carroll mentored her to make this dream become a reality. This successful mentor/mentee relationship helped to inspire the two women to establish the Over My Shoulder Foundation, which aims to raise the awareness of the positive impact that mentoring can have both cross-culturally and cross-generationally.

Patti Austin is not the first entertainer to cross over to the world of interior design. Listed below are several other celebrity interior designers that have successfully made this transition:

Who are some of your favorite celebrity interior designers that have had successful careers in a variety of industries? Do you think the benefited from a mentor relationship while they made this transition?

One Response to “Star Power: Famous Actors and Musicians Who Have Branched Out Into the Design World”