[box] Pure bliss is the only way I can describe the feeling when I get to thank the people who helped me in my career and life. So many people have shared and invested their time, wisdom, and expertise. Prior to starting this foundation, I spent most of my time tucked away in my office, writing. Then, without warning, something awful snuck up and polluted my creative ecosystem. The plug was suddenly pulled on my creative energy, and I hadn’t even completed my project. It was a ridiculous case of writers block! Desperate to get back the fire, I signed up for a class at Boston’s Pine Manor College MFA Program (founded by writer Dennis Lehane). The class was taught by a charming man named Michael Steinberg, who reviewed my writing, giggled at my frustrations and my plans, and told me that one of the “many” reasons my memoir wasn’t working “just yet” was—the end hadn’t taken place!

He told me to put my notebooks away and write something else for a while. He said that I couldn’t force my pages to fall into perfect alignment if I wanted any kind of authenticity, and that I could not cheat this project by crafting a quick (fictional)  resolution. It was the hardest, most honest advice I ever got. I had to wait—patiently—for the story of my life to develop. To a control freak like me, this wasn’t easy. I nearly threw the manuscript off the cliffs of Zuma Beach. But I didn’t. Instead, I packed it away and fiddled with some lyrics, which eventually became songs, which inspired the founding of the Over My Shoulder Foundation.

It has been years since I looked at that manuscript. Last weekend, curiosity started to burn. I rummaged through the antique chest, that premature coffin to my thousands of pages of notes. A lot has happened since I last tried to write my ending, though. So now I’m searching for a completely different one, inspired by OMSF! Then, after dusting off the manuscript, a funny thing happened—I got an email from Mike. Since I started the Foundation, I have been begging him to share his story on our blog. And now, finally, ladies and gentleman, I am so pleased to introduce one of my most important mentors, Michael Steinberg! 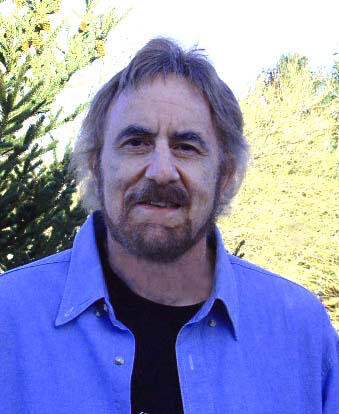 We encounter our most influential mentors, it seems, when we’re ready to receive them. In my case, it happened shortly after I began teaching freshman composition. In the late 60’s, all comp teachers were required to plan their courses according to an outmoded, prescriptive syllabus, one that required teachers to assign their writing students to produce a series of papers. Among them were a narrative, a descriptive essay, an argument, an expository essay, a piece of literary analysis, and a final term paper based solely on library research. This methodology had been in place since the late nineteenth century. It is a narrow, wrong-headed view of what writing is all about. But back then, there was no other option.

Around that same time, I happened to come across a book, A Writer Teaches Writing, by Donald Murray, someone of whom I’d never heard. Murray’s book advocates an inside/out approach to teaching composition. I was immediately drawn to his philosophy. And it kick-started what would over time become my transformation from writing teacher to teaching writer.

Donald Murray was one of the first writing teachers in this country to suggest that the teaching of writing (and literature) had been, for far too long, the exclusive territory of professional critics, researchers, and literature teachers—many of whom, though they might admire writing and literature, do not themselves write.

We didn’t know it back then, but this was the beginning of what would evolve into both the writing process and teacher-as-writer movements. From the late 60’s to the early 90’s these movements changed the way that introductory college writing was taught. In addition, Murray’s work sparked a renewed interest in the teaching of the personal essay, which helped foster the rise of what we’re now calling creative or literary nonfiction.

But now I’m getting ahead of myself.