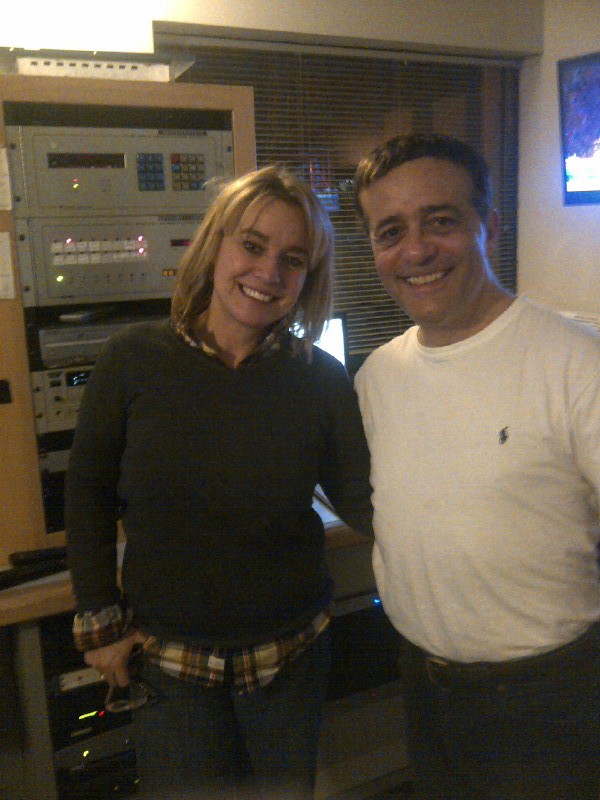 As a mentor collector, I am naturally surrounded by experts, and every day the OMSF journey introduces me to exquisite , committed individuals, who dedicate their energy to making the world a better place. Recently I had the pleasure of meeting a Boston Icon named Jordan Rich at a dazzling Boston music mentoring night. OMSF was giving a life-time achievement award for promoter Fred Taylor, who has been mentoring in the Boston Music scene for many years. The award ceremony was organized by the fabulous Linda Marks, whom I met when she wrote her magnificent mentoring story for last years Father’s Day, and Jordon Rich was presenting the award to Taylor. I was thrilled when, a few weeks later, Jordan invited me to be a guest on his radio show at the WBZ Studios in Boston.

It was a thought-provoking experience . New ideas were stirring around in my head like a New England Blizzard. As soon as I got home I emailed Jordan to ask if we could bring all the OMSF stories and heroes to his prestigious show: and to my total delight, he said yes!

I am very pleased to announce that OMSF’s mentoring stories—the ones you find right here on our Web site—will also be featured regularly on Jordan Rich’s show. We are so very grateful for this new collaboration, and will be posting the radio interviews on our site. Jordan has interviewed many film, TV, Music stars over the years, and his eclectic show spotlights the whole range of human experience: arts, history, health, sports, politics and now mentoring! Not only that, but Jordan is also mentoring me as I fine tune my radio production skills, and he has graciously offered me the role of Associate Producer, overseeing these mighty mentoring interviews!

Get ready to tune in to the Jordan Rich–OMSF mentoring story of the week!