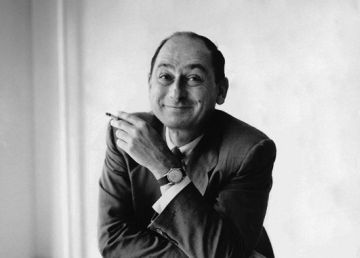 If you aspire to have a successful career in the design industry, one of the first steps that you should take is to find a mentor. For some, the thought of finding a mentor can be overwhelming, which is why Designing the Next Generation is our mission at the Over My Shoulder Foundation. Founded on the belief that we can make our rising generation better prepared and passionate about pursuing careers in creative fields through mentoring, we make it our goal to raise the awareness of positive mentoring relationships and the significant impact that they can make.

One mentoring success story that we wanted to share is between David Laufer, visual designer and author, and George Nelson, architect and industrial designer.

When Laufer was young in his career, he knew that he wanted to find a mentor and attempted to set up phone interviews with several of his design idols in hope of developing mentoring relationships. One of his those idols was George Nelson, and Laufer’s manager made him aware of an evening class that he was teaching at the Pratt Institute. After pulling some strings, Laufer was able to sit in on Nelson’s lectures and have an opportunity to build a relationship with him.

Some of the most valuable advice that Laufer learned from Nelson related to public speaking. In one of Laufer’s first one-on-one encounters with Nelson, he was told that anyone can speak eloquently in a public setting with plenty of practice. To this day, per Nelson’s advice, Laufer is constantly putting himself in situations where he is required to speak publicly. The two stayed in touch throughout the years, and Laufer credits Nelson as being one of his greatest and most influential mentors.