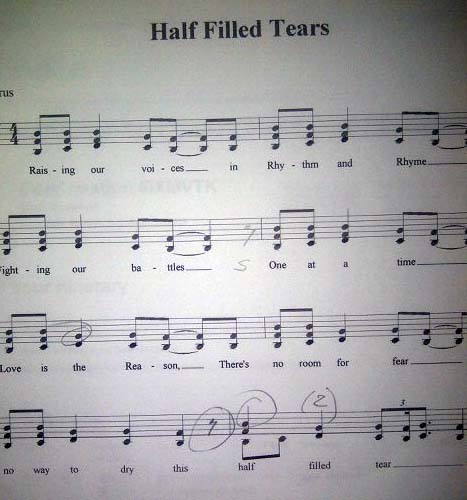 A song gave birth to Over My Shoulder Foundation.

Now Over My Shoulder Foundation (OMSF) is giving birth to a new song.

Four years after Patti Austin’s recording with then–13-year-old Lianna Gutierrez of “Over My Shoulder” led to the creation of a foundation to spread the gospel of mentoring, OMSF is on the verge of a new release. Get ready for “Half Filled Tear.”

“It’s about saving lives from a lifestyle of repeated violence,” said Dawn Carroll, who co-wrote “Half Filled Tear” with Boston rock legend Jon Butcher and Gidon the Mighty Warrior, a rap artist and social activist from Austin, Texas. “The lyrics were written to relate the victim’s anger and show that repeated violence is not the way.”On the first Saturday in November, Carroll and Butcher went into Q Division Studios in Somerville to record the final vocal tracks of “Half Filled Tear” with the dynamic singer/rapper Shea Rose and the Boston Children’s Chorus. Adding to the occasion was the presence of teenaged filmmakers and photographers from Wakefield, who came to document the session for a forthcoming “making of” video.

The story of “Half Filled Tear” starts back in 2009, when Carroll was brainstorming ideas for songs that would work as a duets by older mentors and younger mentees. The reaction to that song, “Over My Shoulder,” was so positive that Austin and Carroll followed up by creatingOMSF, a 501(c)3 nonprofit organization dedicated to the promotion of mentoring. Carroll’s unused song ideas were put aside, but not forgotten.

“‘Half Filled Tear’ was one of the songs I had,” Carroll said. “I wanted to tackle the touchy, tricky subjects. I wanted to write songs and Drawing on experiences from her own life and those of the youngsters she was meeting through OMSF, Carroll decided the time was right to complete “Half Filled Tear.”create music that inspired listeners to stop the cycle of hopelessness: ‘One less tragedy’ was my mantra. I believe you can write music and create anthems that bolster self-confidence, self-worth, and self-esteem. I believe that music can deflect some of the craziness you see on the news every night and help people focus on solving individual as well as social issues.”

“This one is a personal story,” she said. “Someone very close to me was murdered at a very young age. I went through this experience. When I started getting more involved with kids through the foundation, and we started working in the city, I heard so many stories about brutal murders. I went through just one, and I never got over it—these kids had gone through multiple traumas with little support. I could see and relate to the delicate emotional state, I knew how easy it is to become lost when dealing with this type of anger and pain. You just never get over the loss and dealing with the anger is a constant struggle. It’s a blinding blizzard of emotions that follow you after someone you love has been taken from you, violently, and that post-traumatic stress is hard to deal with.”

“Then I learned about the tattoo, usually used in gangs: the half-filled tear, carved onto someone’s face. It tells the world that someone has been violently taken from you, and that you seek revenge—and when the revenge is satisfied, the tear tattoo is colored in. This image really freaked me out. I was desperate to write the song and just prayed it would be powerful enough to stop even one future murder. Music can arouse great introspection and activism, it can inject hope into a life like nothing else.” 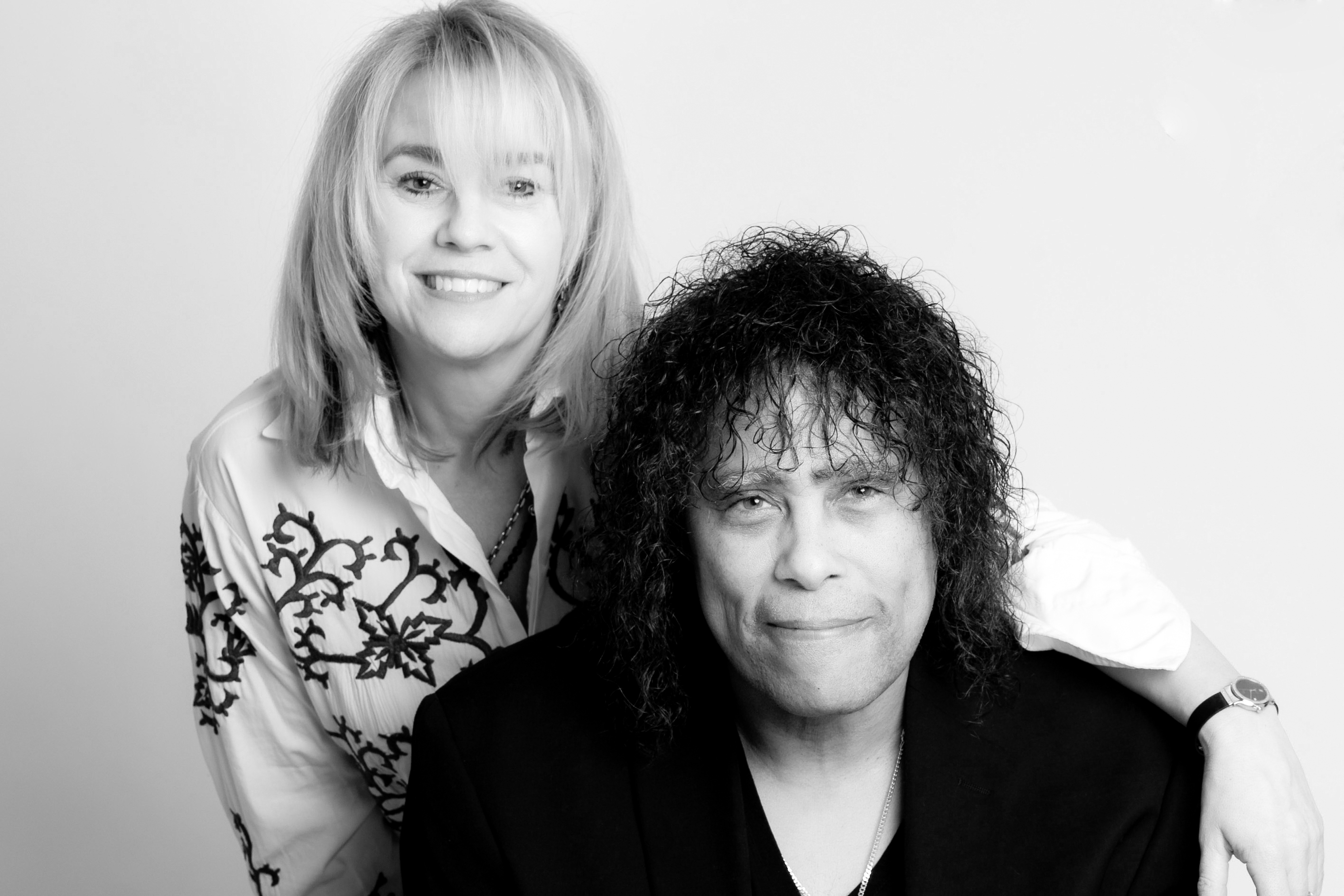 Carroll shared her idea for the song with Jon Butcher, who not only agreed to co-write and co-produce it, but to sing, play guitar, and engineer the song too.

“It really affected me,” Butcher said, “so I wanted to shepherd it the whole way. I was really keen to produce it and that’s what happened. To me, that image of the ‘Half Filled Tear’ symbolized how pervasive violence is in the country we live in. We have a romantic relationship to violence. And that relationship is a love-hate relationship—how we portray it in the culture, how it manifests itself in our kids and the media. That was a big subject to me.”

While working on the lyrics, Carroll and Butcher decided to add a hip hop element to try and reach a wider audience. Their search for a collaborator led them to Gidon the Mighty Warrior (real name: Christopher Ockletree), one of the founders of The Cipher, an Austin hip hop collective dedicated to uniting youth through music, poetry, and activism.

Carroll and Butcher got more than they expected from Gidon. A lot more.

“We got on a conference call with Gidon and told him the concept of the song,” Carroll said. “I told him if he needed to change any of the words, that he should feel free, and nobody would be insulted. Well he did. He rewrote the entire thing! I think there’s one of my lines left,” Carroll laughed. “He did a brilliant job. Gidon had also lost someone to a violent crime, so he knew exactly what emotions to tap into. Now it’s more his song than anybody’s. The whole rap is his.” 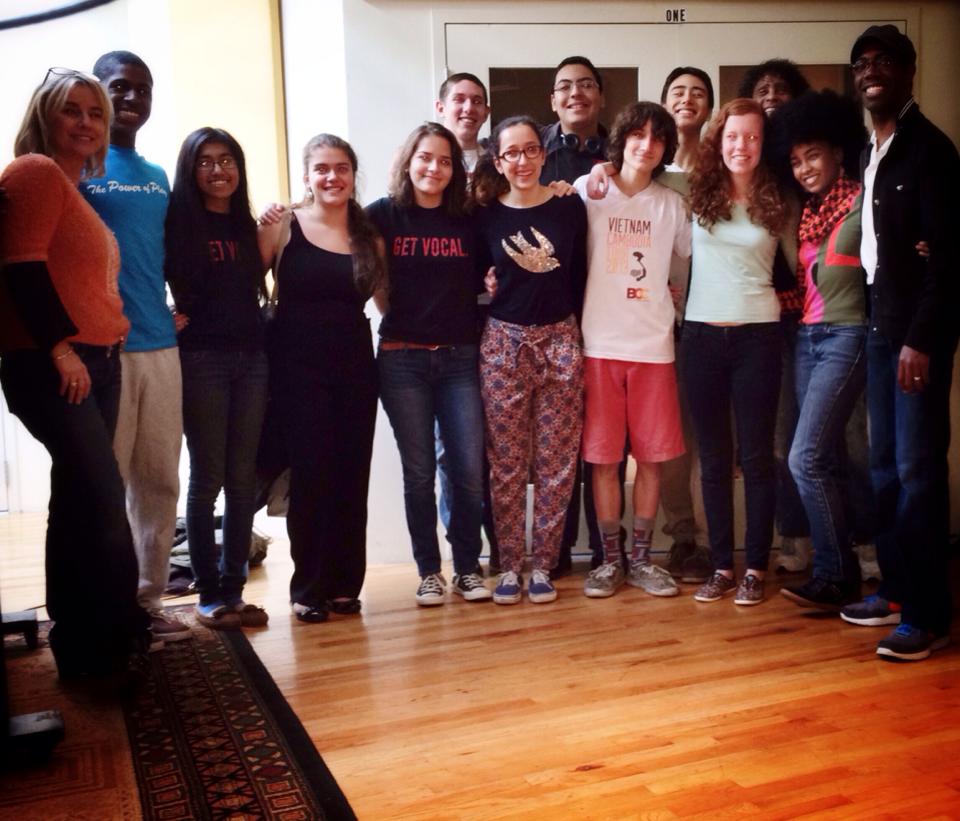 They had the rap. They had the chorus. Finally, they added the voice: Shea Rose and the Boston Children’s Chorus. Their vision was complete. “Half Filled Tear” is a song that finds hope and inspiration in the depths of despair.

“I feel like the song does two things,” Rose said as she prepared to record her vocals at Q Division Studios. “It’s inspirational. And at the same time, it tells of the agony and pain that is going on in society. So it has that dark part, especially in the rap verses, but there’s also a feeling of hope in the chorus.”

Hope is exactly what “Half Filled Tear” is intended to provide, especially to those whose lives have been damaged by violence.

“When you’re struggling with feelings of revenge, you need hope. You can’t get over the shock because the crime has entered your life and left you with an emptiness and with so many questions,” Carroll said. “You need somebody to tell you, and show you, how to channel that energy, otherwise you’ll be a prisoner of it your whole life.”

Carroll expects OMSF to unveil both “Half Filled Tear” and the “making of” video in January—which, not coincidentally, is also National Mentoring Month.

“What we tried to do in ‘Half Filled Tear’,” Butcher said, “was flesh a story out in a way that touches a lot of people. I hope that we were successful—and I guess we’ll find out.”

Former Boston Herald columnist and editor Larry Katz has covered music and the arts for more than 30 years. Visit his website, thekatztapes.com. Contact him at larry@thekatztapes.com.

2 Responses to “Dawn Carroll Co-Writes an Anthem of Hope”